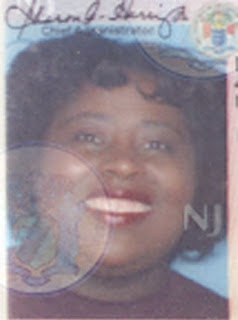 Well, after almost 35 months on WW and 44 months altogether after deciding to change my life, I knocked it out of the park this morning with a 5.6 lb loss -- putting me 1.2 lbs below goal! In addition to my Goal charm, my awesome Leader Sandy also gave me the new weight charms that replaced the magnets -- a 100 and a 50 -- in honor of my 159-lb weight loss! (Total weight loss since 2004 is 171.2 lbs.) During the meeting, she also gave snaps to the site, and a few people came up to me afterwards and asked for the link ... talk about feeling like a rock star, LOL!

All this after the day from hell yesterday -- and I mean from the moment I woke up ... first I had a very early morning project. Then I found out that one of my prescriptions was DOA until I go back to the doctor ... who doesn't have Saturday hours or an emergency number (WTH?). Then I had a random stranger lecture about the canned corn, sweet peas and green beans in my cart that I was buying for a Curves food drive. Then Curves was opened late (staff emergency). I got home -- no answer at my doctor's office. I found myself reading Scripture before going out in the pouring rain for my next obligation, where I got called on my attire (sneakers) before I could even say "Good afternoon!" It took everything in me not to come home and chow down -- especially after passing up a deli tray, Doritos and fruit punch at my appointment -- but I dutifully had my steamed brown rice and winter mix, followed with some air-popped popcorn and plenty cayenne pepper (to stop me from eating, LOL!).

I got home and had breakfast before zooming down to Exit 135 to donate platelets for the New York Blood Center. The nurse who did my pre-donation checkup was absolutely floored when I showed her my license -- and of course I explained that I had made goal today. I had to explain that I eat regular food, not "Weight Watchers food" (whatever that is) on the plan.

When I got home, I finished posting on the boards, my email groups, emailed my sorors, called my two sisterfriends out of state, did my colored laundry, and made dinner. Yeah, I'm happy, but it's pretty much business as usual. I was already not eating all 35 WPAs on Core -- I have no idea how I'm going to take on another 28 for Maintenance!
Posted by OfficiallyDes at 10:41 AM No comments:

Well, I got myself to another meeting. I was down 1.4 today. After weighing in, I looked at my membership book for the first time -- I had gained 3.4 the previous week -- something I might have done with or without a trip to Alabama. So now I only need to lose two pounds to get to where I was -- something that shouldn't be too hard with TofM on the horizon -- and 4.4 to get to goal.

If I had looked, I would have been ticked all week and probably gained even more by binging and blowing off a few workouts. I guess ignorance is bliss, LOL!
Posted by OfficiallyDes at 9:31 AM No comments:

(For anyone keeping track, these numbers are higher than December's because not only did two different people do the measuring, differently, the December stats reflected my WW weigh-in the day before rather than the Curves scale, which usually registers me 3 lbs. heavier. Sigh.)
Posted by OfficiallyDes at 5:39 PM No comments: